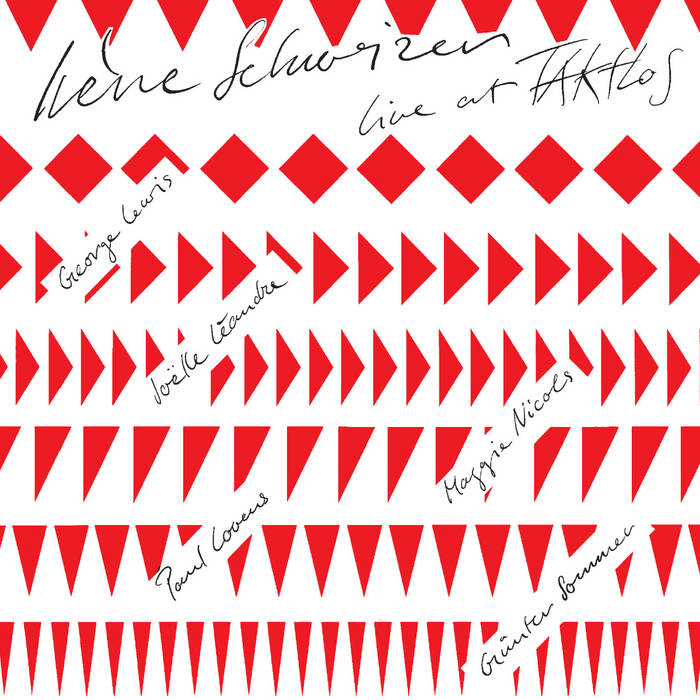 At the first Taktlos Festival in 1984, Irène Schweizer assembled several chosen musician to a three-day improvisation meeting. The recordings, which appeared in 1986 as the first Intakt LPs, reveal the improvisational art of the pianist in three different formations: Schweizer and Lewis / Schweizer, Nicols and Sommer / Schweizer, Léandre and Lovens. Twenty years after their initial release, these improvisations haven’t lost any of their playful inventiveness, liveliness, power and originality. “A city tour through musical liberated zones” was what Zurich press wrote after the festival. In addition, the record is a cultural-political document of the atmosphere of awakening in Zurich in the eighties; moreover, it marks the beginning of the jazz label, Intakt Records, as well as that of the Taktlos Festival.

"You don't have to be French to know that good wine improves with age, but if you want to rush out and buy a bottle of one of last year's Grands Crus Classés and drink it tonight, I guess it's your choice. I remember listening to and thoroughly enjoying Irene Schweizer's Live at Taktlos set when it inaugurated the Intakt label nearly twenty years ago (gulp), but I can tell you that today it sounds even better. Pianist Schweizer consolidated her reputation as a performer of prodigious technique and extraordinary sensitivity with this set of improvisations on which she was joined by Maggie Nicols (voice), Joëlle Léandre (bass), George Lewis (trombone), and percussionists Günter Sommer and Paul Lovens (Lindsay Cooper also makes a cameo appearance here on the hilarious "Every Now And Then".. all "jazz standards" should sound like this). These days, now that the molten lava of free improv has cooled to form a number of well-charted islands, it's even more refreshing to rediscover a music that moves effortlessly between high octane free, Darmstadt pointillism, Cathy Berberian theatrics and even stride and boogie woogie. It's also a timely reminder of how awesome these performers were (are): Lewis is all over the trombone, quote John swinging his fucking ass off unquote Zorn, Léandre hysterical and inspired, Nicols superbly poised and devastatingly precise, and Schweizer brings it all together with style. Don't wait another 21 years to crack open this one: it's ready for drinking right now. "
DAN WARBURTON, Paris Transatlantic Magazine, October 2005