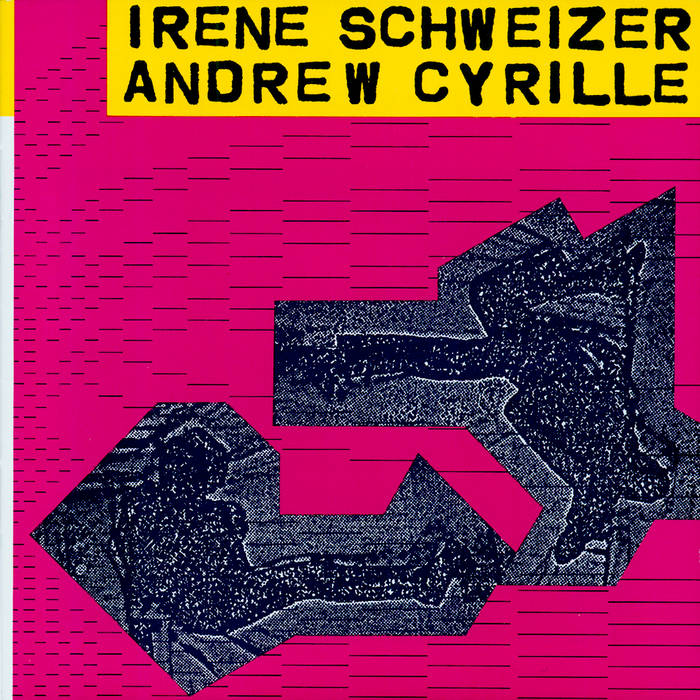 Irène Schweizer/Andrew Cyrille confirm what should be universally known by now - Andrew Cyrille is a master percussionist, a veritable one-person orchestra. Cyrille's vibrant encounter with Swiss pianist Irène Schweizer is a fine introduction, for those who still need it, to this important exponent of European free music. Irène Schweizer is a beneficiary of Cecil Taylor's liberation of the piano: certainly, whole hunks of Taylor's earlier, bouyant intricacies, circa Looking Ahead, and his latter-day volcanic masses of sound crop up in Schweizer's work. But it is the infusion of a Central European lyricism, and the impish spin on clichés like the chromatic, two-beat vamp of «As Time Goes By», and the rhapsodic chords that open «Fiction Of The 13th Kind», that sets Schweizer apart from the Taylors clones. She elicits consistently strong performances from Cyrille, especially on marathon melt-downs like «Fiction», where even the low-volume, call-and-response section, featuring Cyrille's rim effects, has a bristling intensity. Still, Schweizer has many facets, inlcuding the smouldering romantic revealed on the intro of «A Monkish Encore», all of which are well-forwarded on this recording.
Bill Shoemaker, Down Beat, 1996, USA