← back to
Intakt Records 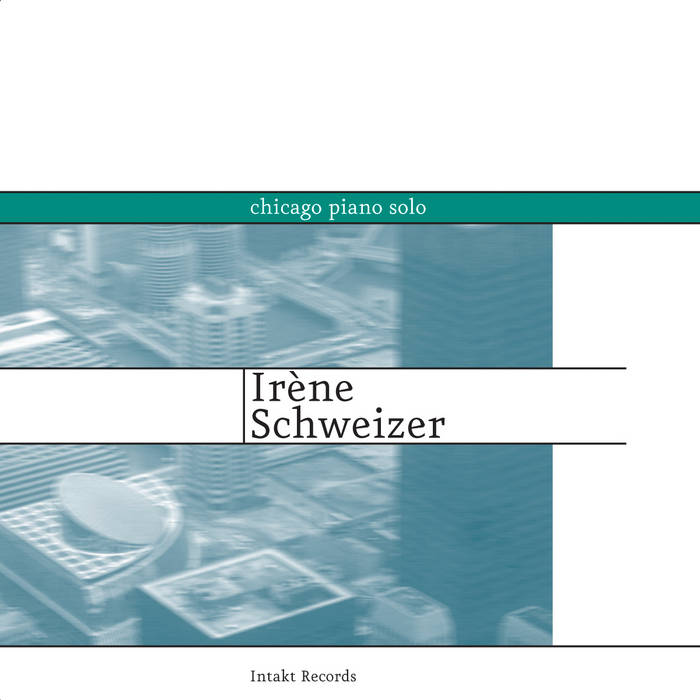 With a impeccable white grand piano and a packed house, the stage in Chicago was set for a concert hot enough to warm the cold February air. No disappointments, of course. Schweizer played two sets, dense with consideration and bristling with cyclical rhythms, but not overly long. An ideal musical event - the audience was absolutely won over by her and late that night the bar was filled with the kind of afterglow that always indicates something deep has transpired. As an expert improvisor, Schweizer knows that the tricky part is figuring out how these materials, influences and innovations fit together. Like Ellington said, it's a matter of connecting the devices, of finding a way to make the music meaningful by imbuing it with thought. Every phrase Irène played that night seemed to be steered by that kind of intellect, that guiding spirit. Everything working together. Technically, that's the meaning of the word «concert.» Agreement in design or plan. It was one such concert, and for times like that we count our lucky stars.
(Part the liner notes by John Corbett, Dec 2000)


REVIEWS
* * * * (Excellent)
Any new recording by Swiss pianist Irène Schweizer generally marks a significant event, and while she may not enjoy the familiarity witnessed by many of her american peers, this ever-inventive artist has etched out a notable persona of the European modern jazz front. Previous efforts for Intakt featuring duets with drummers (Andrew Cyrille, Han Bennink, Gunter Sommer) or the improvising trio Les Diaboliques - including vocalist Maggie Nicols and bassist Joelle Leandre - specify just a few of her often-adventurous undertakings.
Schweizer's rhythmic inclinations (she periodically performs on the drums) are generally integrated into her palette, whether it is bluesy, 12-bar structures or free-style expressionism. Equipped with a white grand piano at Chicago's Empty Bottle, Schweizer merges conventional fare with slanted themes, massive block chords and swiftly executed hamonic progressions amid a few choice plucks of the piano strings during various sequences. On «Hüben Ohne Drüben,» she counterbalances a simple melody with divergent rhythmic undercurrents, while seldom allowing listeners to become complacent, thanks to her proclivity for shunning the tried and true or anything overtly predictable.
Throughout, Schweizer renovates previously applied methodologies, delves into a micromotif, or tosses in a few choruses that could spur notions of a professional cocktail pianist perfroming at a ritzy hotel. Nonetheless, this outing presents willing listeners with a comprehensive snapshot of her distinct craft.
Glenn Astarita. Down Beat, USA, April 2002. www.downbeat.com


Swiss pianist Irène Schweizer eschewed her Cecil Taylorisms years ago, in favour of a more measured approach to improvisation, but that doesn't mean that she can't still unleash a flurry of notes now and again. She's also an accomplished drummer – her first musical love – and the highlight of her solo concerts is always the way she juxtaposes rhythmic patterns and creates interest from even the simplest melodic statement. Simplicity has come to dominate her playing since the mid-'90s when she acknowledged th pull toward less-cluttered constructions than those that dominated the free music szene of the '70s and '80s.
This 2000 Chicago concert – a long-held dream of promoter-critic John Corbett – finds the 59-year-old Schweizer striking a balance between joyous romps like the opening «So Oder So» and Don Cherry's delightful «Togetherness One (First Movement)» and more ponderous ruminations like «Heilige Johanna.» As always, Monk is a frequent touchstone, and you can hear his wit and love of stride echoed in «Rag.»
Most of all, it's her headlong rushes of enthusiasm and energy that mark her style here. Themomentum she build through the choruses of the closing «Roots» is infectious, and the piece sounds like it could go on forever under the power of her ferocious bassline.
Schweizer recordings are rare things – despite the fact that she co-owns the label – and solo voyages rarer still. Chicago Piano Solo is a welcome opportunity to catch up with one of Europe's finest improvisers.
James Hale, CODA, Canada, Issue 340, July/Aug 2002